Although right next to England and a member of the United Kingdom, Northern Ireland boasts its’ own customs and cultural traditions. I’ve been to Northern Ireland on a couple of occasions now with the best tour guides possible – locals. As a university student I share a house with eight girls (I know, I know EIGHT girls) four of which are Irish and have shown me how to embrace their culture.

You may not be able to understand the accent, slag (whats the craic? no seriously what is it …) or adapt to the wet weather, but here’s some tips I learnt that will help you fit in with the Irish during your adventures.

Go to a Gaelic match

Is it football? is it rugby? is it just people running around in the cold for fun??
Well it’s a type of football played between two teams of fifteen players with a defence, midfield, attack and goalkeeper on the pitch. The game has two goals resembling a rugby one that also has an attached net. What’s the aim of the game? To kick or punch the football into the net to score three points or over the crossbar for one point. This is arguably Northern Ireland’s most popular and traditional sport as many young boys get involved and play for their county. Attending a match is a must as everyone talks about it and you see many people walking around in their gaelic tops.

Speaking of gaelic football and its’ jerseys you’ll find most Irish daywear features them. During the day you’ll see lots of teenage boys and girls wearing them about town with jeans or tracksuit bottoms. The day look may be very casual but at night people make an effort -or at least the girls certainly do. The sun comes down and off come the jerseys and trainers and the dresses and high heels come out. According to my flatmates high heels are a big thing in Northern Ireland, you wouldn’t see many girls on a night out in flat shoes (don’t forget to pack your heels girls!)

Have a pint of Guinness

You can’t go to Northern Ireland and not have a pint of Guinness (or drink at all for that matter.) The Irish are stereotypically known for having a big drinking culture and their famous dry stout is probably why. Guinness has been around since 1759 and is one of the most successful beer brands world wide as it’s brewed in over 60 countries. You may not like it as many people say it has a marmite effect – you either love it or hate it. But not trying Guinness while you’re in Northern Ireland would be like not having pasta in Italy. It’s just wrong.

Get an Irish fry

If you thought the famous English breakfast was delicious be prepared as an Irish fry is a worthy competitor. It’s made up of bacon, sausage, black pudding, eggs, hash browns, and cooked veg all fried in creamery butter. It’s served with a helping of their famous Irish soda bread, brown bread or freckle bread (they really love their bread.) This is nothing if not the perfect hangover cure after one too many Guinness!

Get stuck in on a farm 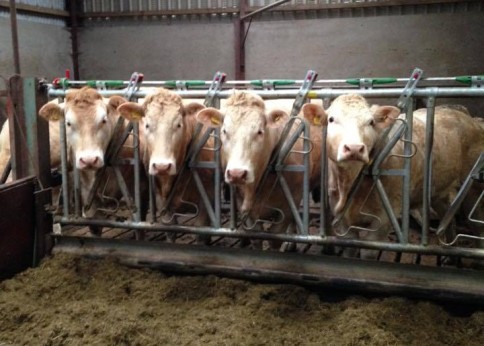 At the heart of Northern Ireland is its’ farming culture. Dairy farms, tillage farms, sheep farms, and mixed farms (You name a farm and they’ll probably have it.) So you can’t go to Northern Ireland without experiencing some fresh country air and seeing what animals they have to offer (I had never seen cows that big in my life.) You have to take a walk around one of their many farms or beautiful parks to soak in the greenery and Northern Ireland’s natural beauty.

One thought on “Do as the Irish do”