With over 7,000 islands on offer most people who visit the Philippines are advised to fly into Manila and then leave elsewhere as soon as possible. This means the capital is often overlooked and has been dubbed as nothing more than a layover for tourists. While it may not be for those after some R&R, Manila caters to travelers who like to live life in the fast lane and as such has been branded as an underdeveloped New York. With plenty of luxury hotels, informative museums, and a bustling nightlife scene to keep you busy, Manila is worth a visit. At least for a few days before you fly off to one of the Philippines’ many blissful islands…

“Manila is the most dangerous city in South East Asia.”

Here’s the deal. Yes, Manila can be dangerous. There is a lot of petty crimes such as theft that goes on as well as more extreme corruptions like drugs and trafficking…but we won’t dwell on those. As a tourist, Manila is no more dangerous than any other capital city in the world. If you’re visiting for a week or two you don’t have to worry about being kidnapped but you do have to have your wits about you. Generally, there’s some nice areas and rough areas, like any other city. However, do remember that under the first world façade it is a third world city. Simply stay respectful, remember you’re a guest of the Philippines and don’t attract too much attention to yourself and you shouldn’t encounter any issues.

“Traffic is impossible and at a complete standstill.”

It’s often said that while you’re in Manila most of your time will either be spent in traffic or talking about it. While this myth is accurate as Metro Manila has one of the worst traffic situations in the world, it’s worth noting that the level of traffic is exaggerated on most blogs/articles. In reality, Metro Manila’s traffic fluctuates, and roads are usually at their worst from 7 AM to 9 AM during rush hour and heavy rainfall. Chances are if you’re driving on a Friday after work in the rain then it will take you a good hour to get where you want to go. However, Manila’s traffic doesn’t hold the title as South East Asia’s most congested. Cities such as Bangkok and Jakarta beat it to the top with average commuting times during rush hour reaching as high as 74 minutes, according to a US-based study in 2017. Moreover, attempting to even cross the street in Vietnam’s Ho Chi Minh City is practically a near-death experience as traffic often reaches maddening levels even with a metro system in place.

“Manila doesn’t have a metro system.”

WRONG. This is something I was told more than once before coming to Manila and it turned out to be 100% untrue. Once I got here I soon realized there are metro lines in Metro Manila, but they are so bad that people don’t think they’re worthy of mentioning. With three light rail systems and one heavy train line, the metro gets a bad rep. Not for being inefficient, but because of overcrowding. If you’re visiting Manila and thinking of taking the metro, be aware that crowds can always lead to pick-pocketing so be conscious of your electronics and personal possessions. Also, because there aren’t many lines there’s also a lack of stations which means you may have to get another form of transportation once you reach your stop to get to your final destination. 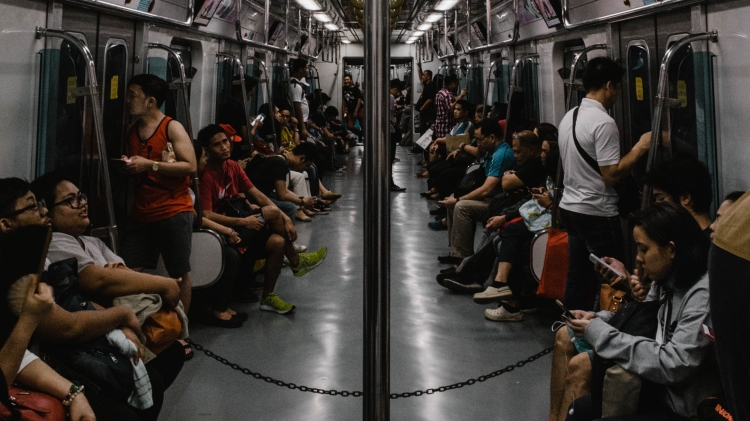 While this is general to the Philippines as a whole, it’s worth noting purely because of the number of people who assume Spanish is a national language here. Yes, it was colonialised by the Spanish for three centuries, but you only need to skim over the history books to see that the Spaniards did not encourage the teaching of their language. That’s not to say that no Filipinos spoke it at the time. In truth, many of them did as a second language but it is thought to have died out when the Americans took over and introduced English. Today if you listen to Tagalog, (The Philippines national language) you can see it has been influenced by its colonization, as it features various words of Spanish origin. For example, Cheese in English is Queso in Spanish and Keso in Tagalog.

Can you think of any other misconceptions about South East Asia’s biggest city? Let me know in the comments below.